In late 2017, the Company began a programme of project assessments for nickel-cobalt, focussing on lateritic style mineralisation. Australia is well endowed with nickel laterite regions that earlier explorers and developers had mostly defined nickel resources and reserves with cobalt being the by-product of this resource definition. Recent advances in laterite metallurgy combined with increased demand forecasts of nickel-cobalt commodity supply from new project’s underpin research house studies of global EV new vehicle annual sales increasing from 2 million in 2019 to 25 million by 2030. On road EV stocks are forecast to reach 130 million by 2030 and new nickel-cobalt projects will be required to come on stream by 2025 to meet commodity supply deficits.

The Company entered into a binding Term Sheet on 28 September 2018 with Blackham Resources Limited to acquire a 75 percent Farm-In Joint Venture Interest in the nickel, cobalt and associated metals of the Wiluna Nickel Cobalt Project (Wilconi Project) in Western Australia. Having cleared the conditions precedent set out in the binding Term Sheet, A-Cap and Blackham formally agreed to the terms set out in the definitive Farm-In Joint Venture agreement. 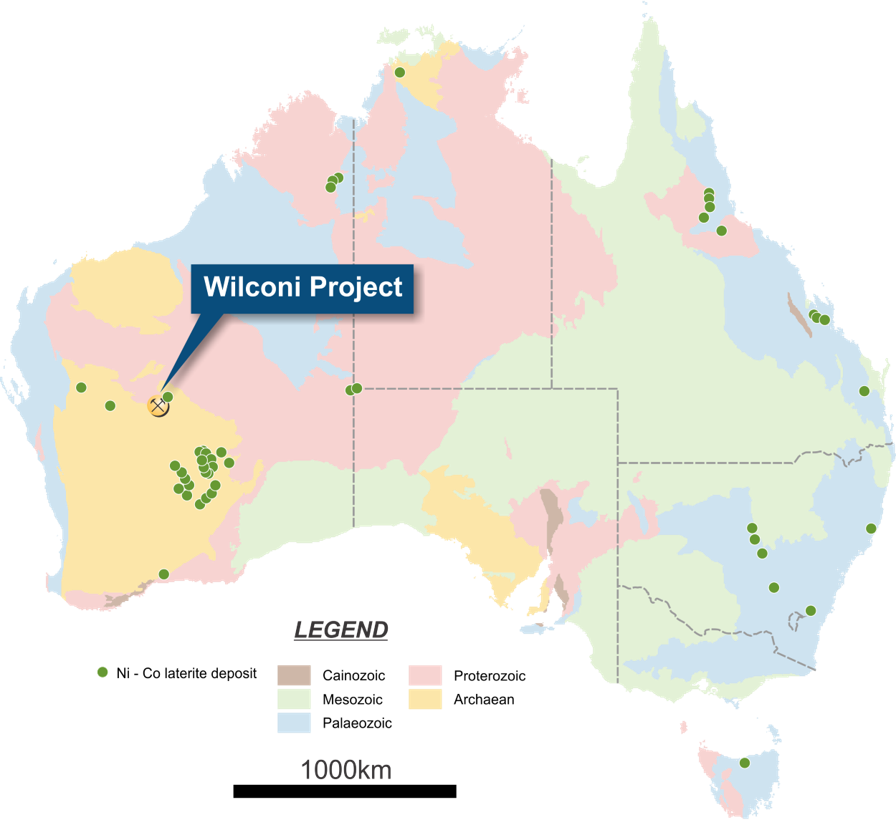 The Wilconi Project is situated 700 kms from Perth and has excellent associated infrastructure in the vicinity. BLK has a 280-man camp and operates a fly-in fly-out mining roster for its Wiluna Gold Operation. Power generation is fuelled by a gas pipeline connected to the Goldfields Gas transmission line with backup diesel power. The township of Wiluna lies immediately east of the project. 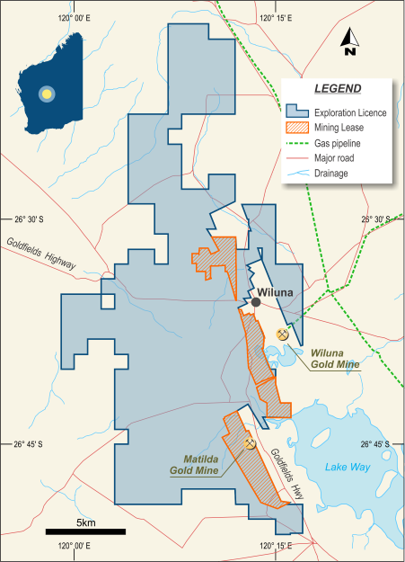 The project is the northern part of the Agnew-Wiluna greenstone belt, more specifically the Perseverance ultramafic sequence, which forms the protore for the Co-Ni laterite through the tenements. This sequence hosts several high-grade nickel sulphide prospects, including Honeymoon Well. The easterly dipping ultramafic sequence strikes NNW-SSE and is 200-300metres wide in the project area. A blanket of laterite has formed on the ultramafics, concentrating cobalt and nickel during the laterisation process. There is over thirty kilometres of the ultramafic sequence running through the Wilconi Project tenements, with thick (+10m) layer of laterite developed on top of the ultramafics. Previous drilling has shown that the laterite can be up to 90 metres in depth. A-Cap propose to infill the previous drill pattern to define JORC 2012 resources and reserves. A-Cap will also focus on the higher cobalt grades within the resource, where many cobalt rich zones were spread across the nickel intercepts. Drilling will be reverse circulation and planned to systematically step out from historical cobalt zones within the previously defined nickel laterite zone.

In addition, the Company will concentrate on metallurgical studies from an early stage to determine the most efficient metallurgical techniques for the deposit. Work done over the years on A-Cap’s Letlhakane uranium deposit in Botswana has enabled the company to build a strong background with atmospheric acid leach studies. A-Cap will adopt the most efficient processing route to deliver a battery grade product to the end users, with a final product being a sulphate or hydroxide compound. 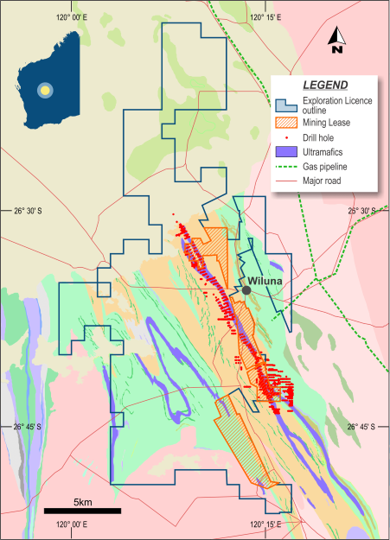 Project upside is substantial, with additional tonnes to be drilled into:

Large quantities of good quality water will be required in various stages of the treatment process. Water consumption for a 2Mtpa operation has been estimated from other project data to be about 300 l/sec. The water in the region is generally saline, and may require low cost dechlorinating as part of the plant flow sheet.

The site is connected to a major gas pipeline from the Northwest Shelf Oilfield which will provide an economically viable power source. The current gold operations utilise this power.

Wiluna is connected to Perth and Kalgoorlie by a well developed road and highway network and has an all weather airstrip with regular flights servicing the mines and local community. 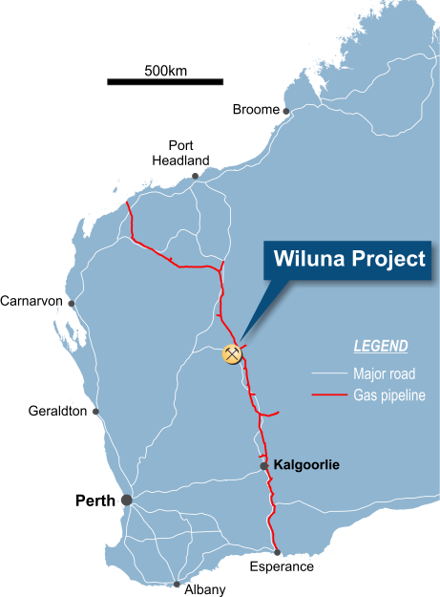 Blackham Resources Limited commenced gold production in October 2016 and produced 70,565 ounces of gold in the 2017/2018 financial year. Gold production for the June 2018 half was 40koz, representing a 31% increase in production of the previous half.

Blackham is a Perth based, ASX listed gold mining company that owns 100% of the Matilda-Wiluna Gold operation located in the Northern Goldfields of Western Australia.

The Matilda-Wiluna gold operation is currently a free milling, open pit mining operation supported by reserves at the Matilda, Wiluna and Williamson open pit mines and the Golden Age underground mine.

The operation has large defined resource of 6.7 Moz at a grade of 2.2 g/t. The current, expanding gold reserve is 1.2 Moz at 2.6 g/t of which almost 1 Moz is underpinned by the open pits.

The recent operational performance of the project is indicative of the operational turn around. The base case free-milling production plan cash flows underpin the investment opportunity and the dominant land position and 6.7 Moz resources, along with an expansion plan for gold production of 200koz, providing significant upside potential.

Keep up to date